Our motivation for sustainability begins in the mind

We only have one world, and it is up to each individual to keep it liveable for the generations that come after us. We as an industrial company have faced up to this responsibility and have consistently oriented our actions towards sustainability. A brief review of the company history will make this development evident.

The early years: Tradition and innovation

When our company was founded in 1908, sustainability was not yet an issue in the world. On the contrary: Everything was subordinated to technical progress and natural resources seemed in endless supply needs to most his own thoughts and my number. No wonder, because at the beginning of the 20th century there weren't even two billion people on earth, energy consumption was manageable, and industrial development had only just begun.
In the early years we, of course, also used standard solvents because alternatives were not yet available. Wastewater also remained largely untreated, as was customary at the time. But since its foundation, JAEGER has understood itself as an innovative company and has shown that it was always able to react to changing conditions. 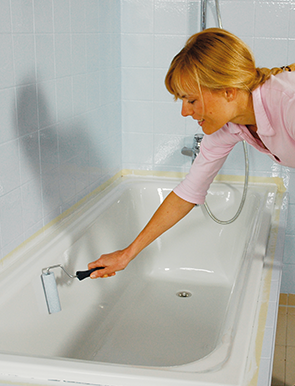 At the beginning of the 1970s a change in thinking began, the much-discussed, alarming report of the Club of Rome showed for the first time that the ruthless exploitation and destruction of nature, accompanied by the population growth at that time already over four billion people worldwide, would lead to a catastrophe. It became clear that something had to happen. During this time, green and sustainable thinking has also found its way into JAEGER. In 1978 the Bathtub Lacquer introduced the first solvent-free product to the range!

Since then, a lot has happened, worldwide and of course also here. Today, we examine all decisions in the company to determine whether they are future-proof and sustainable. In recent years, many water-based Aqua products that work without solvents have been developed. We have modernised our buildings and facilities and achieved major energy savings. We rely on a sustainable personnel policy, because our employees are what shapes the company in the long term. We are on a good path.

We are using cookies on this web page. Some of them are required to run this page, some are useful to provide you the best web experience.

These cookies are needed to let the basic page functionallity work correctly.